Your donations help save lives

Since 1972, many thousands of patients have been treated by SARS volunteers and countless lives have been saved.

SARS has responded to over 17500 call outs

£0 cost to the patients we treat

SARS is one of the UK’s oldest emergency medical charities and has evolved significantly over the last five decades.

One of the key pioneers of pre-hospital or Immediate Care was Dr Kenneth Easton of Catterick, North Yorkshire. As a GP in Catterick, Easton was acutely aware of the problems encountered when medical emergencies occurred in locations miles away from the nearest hospital. He campaigned for more recognition of the part that could be played by medical practitioners rendering immediate medical aid at the scene of incidents (at the time, ambulances lacked medical equipment and were little more than a means of transport.) Dr Easton set up the first immediate care scheme in North Yorkshire in 1967. After the success of this scheme he encouraged others to set up similar schemes in their localities around the UK.

One of the first converts to Easton’s philosophy was Dr Graham Bracewell, a Wrentham-based GP, who saw the potential benefits for patients in a rural county like Suffolk. After lengthy discussions with the statutory emergency services and local health authorities, SARS became operational on the 1st May 1972.

Forty two doctors volunteered in the first year of operations and began to have an immediate impact. 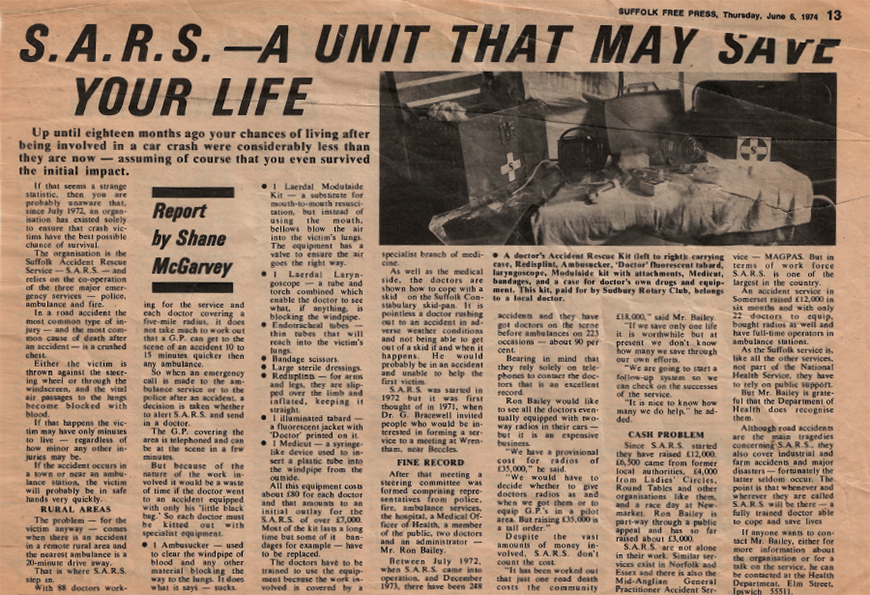 
“Many accident victims are I know, alive and well today simply because of their care and devotion”
A.McAndrew, Divisional Commander Suffolk Fire Service 1977 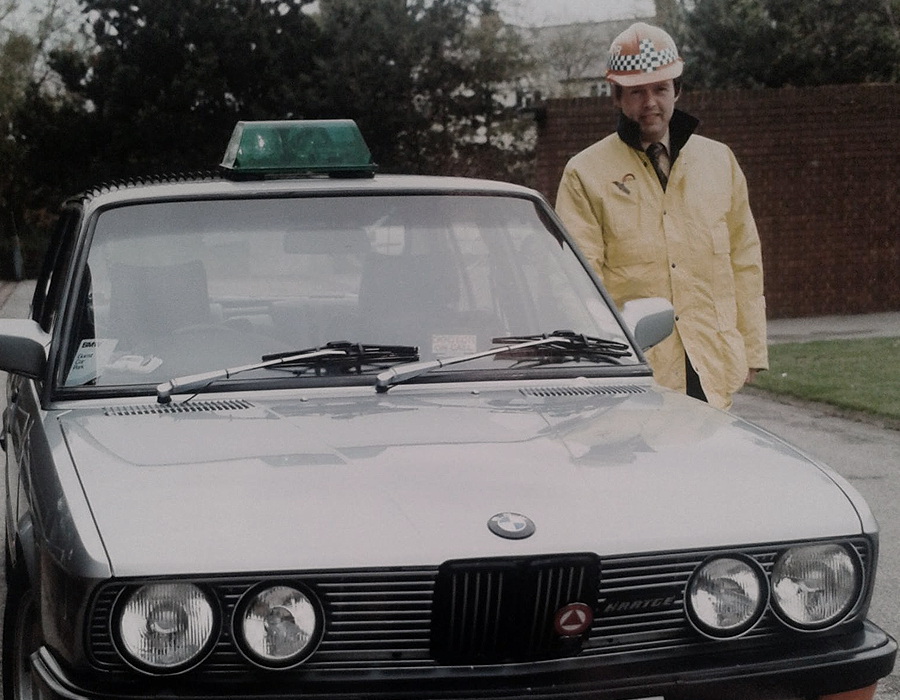 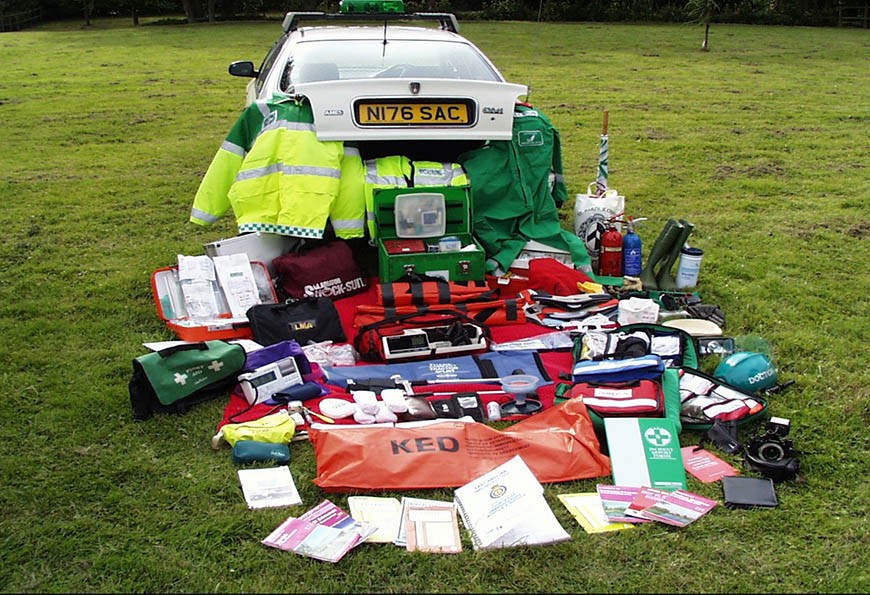 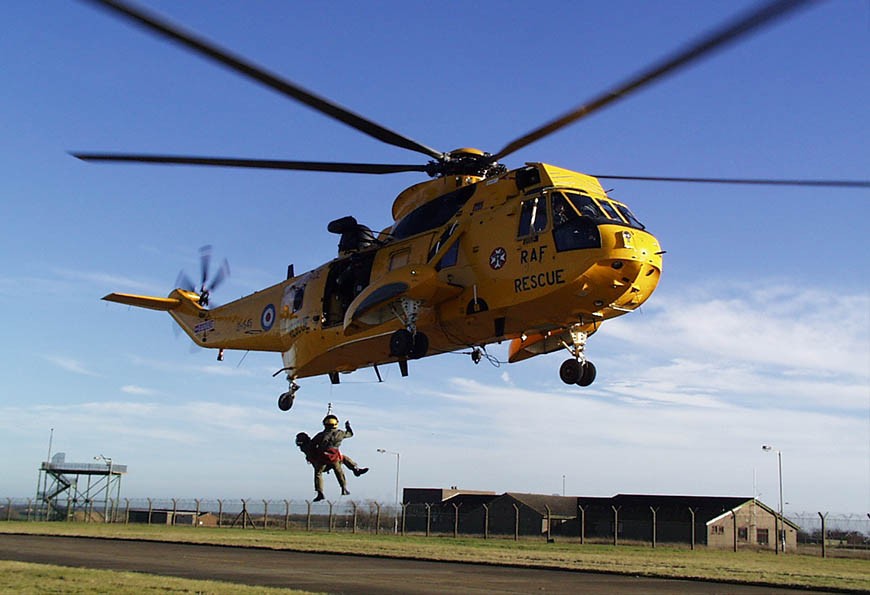 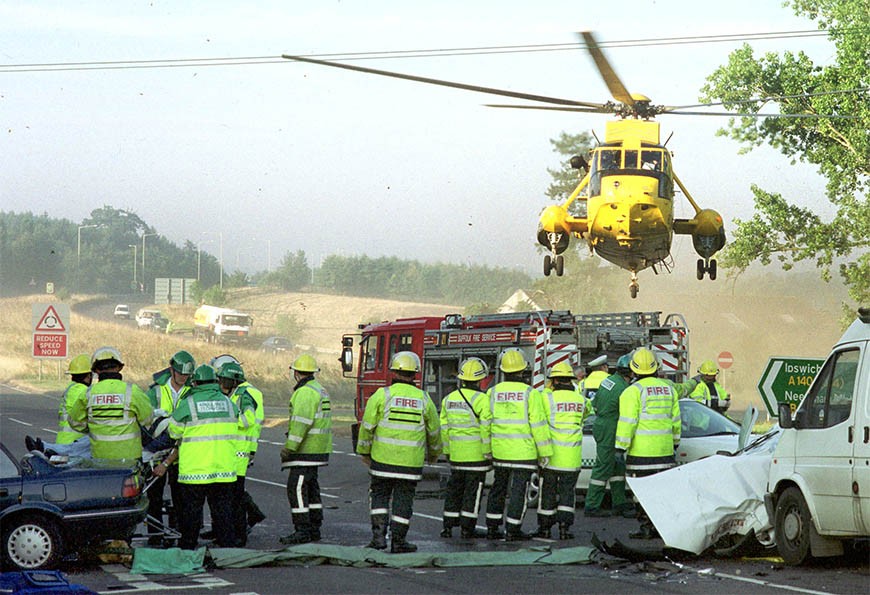 Despite many developments over the years, the aim of SARS remains the same. By bringing additional skills and equipment to an incident scene, we can bring positive benefits to patients and give them a better chance of survival as well as reducing the chances of them suffering permanent disability.

Over the last 49 years, SARS volunteer clinicians have treated thousands of patients and saved countless lives. 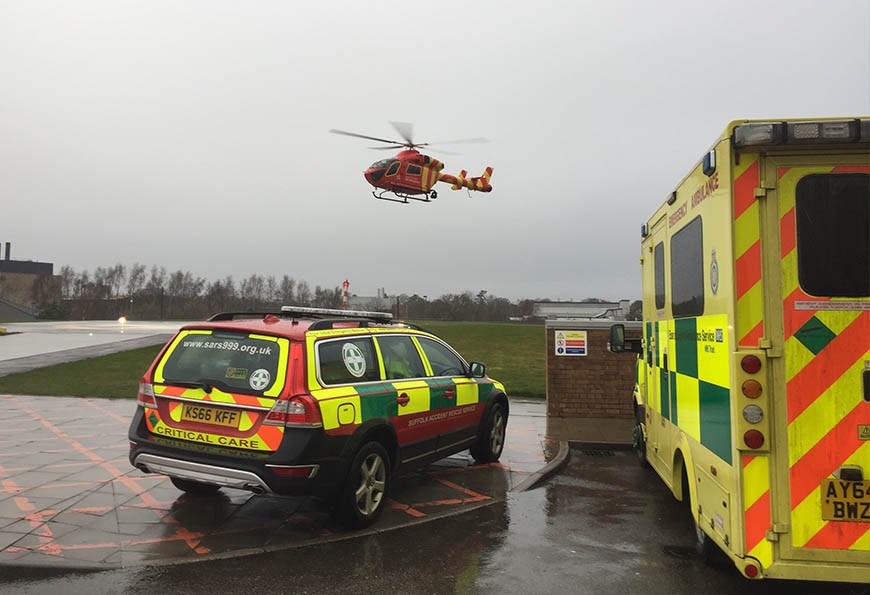 We rely on donations to support our life-saving activity.

SARS receives no central government funding. We rely on voluntary donations to fund equipment and training for our clinical volunteers. Please help us offer the best possible service to the people of Suffolk and its surrounding areas.